Be sure to follow us so you get “first dibs” on our handmade products as they are released!! 💕 Check out Mr. Chappell's Instagram page @mr._chappells_cat_toys 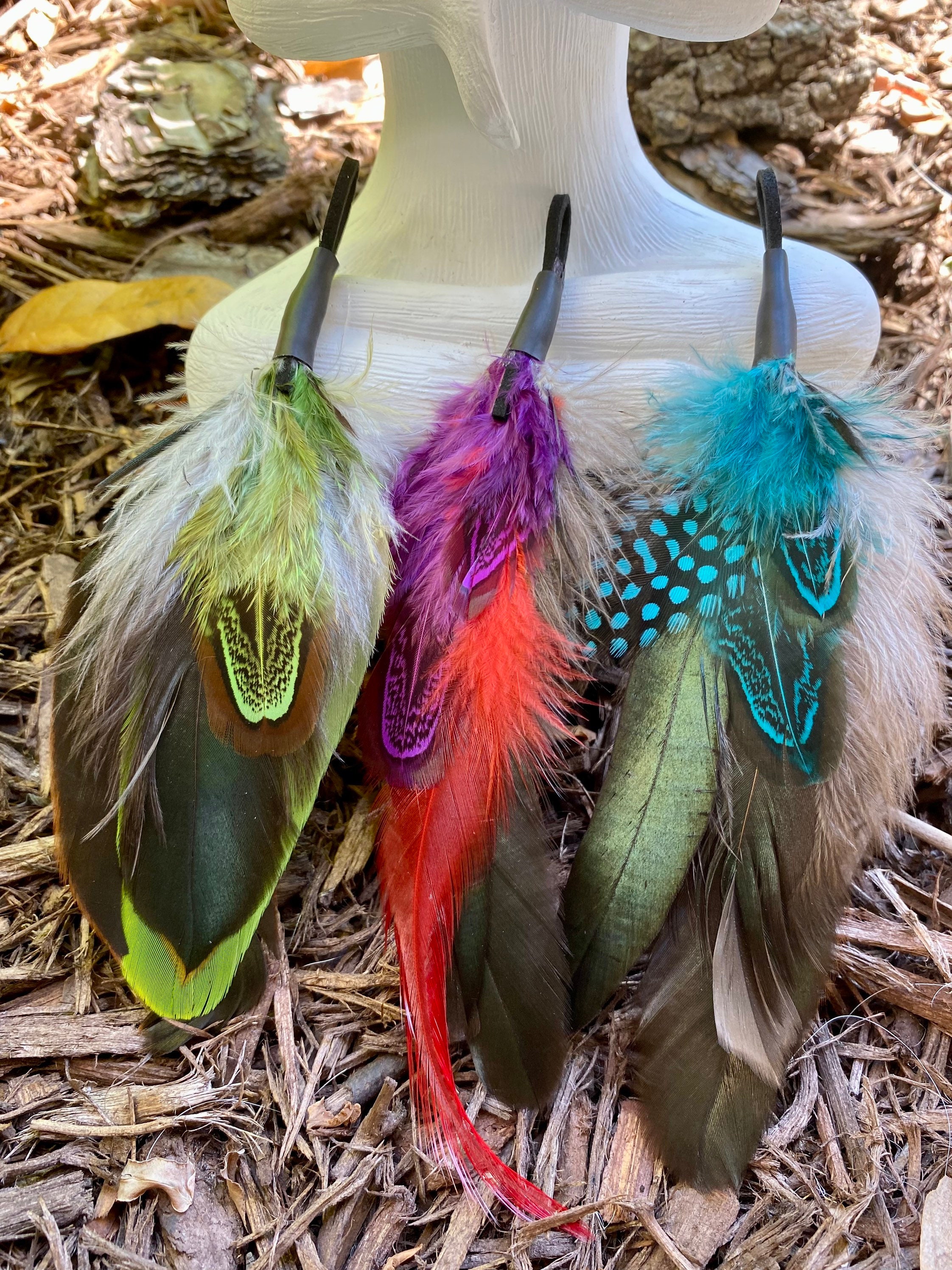 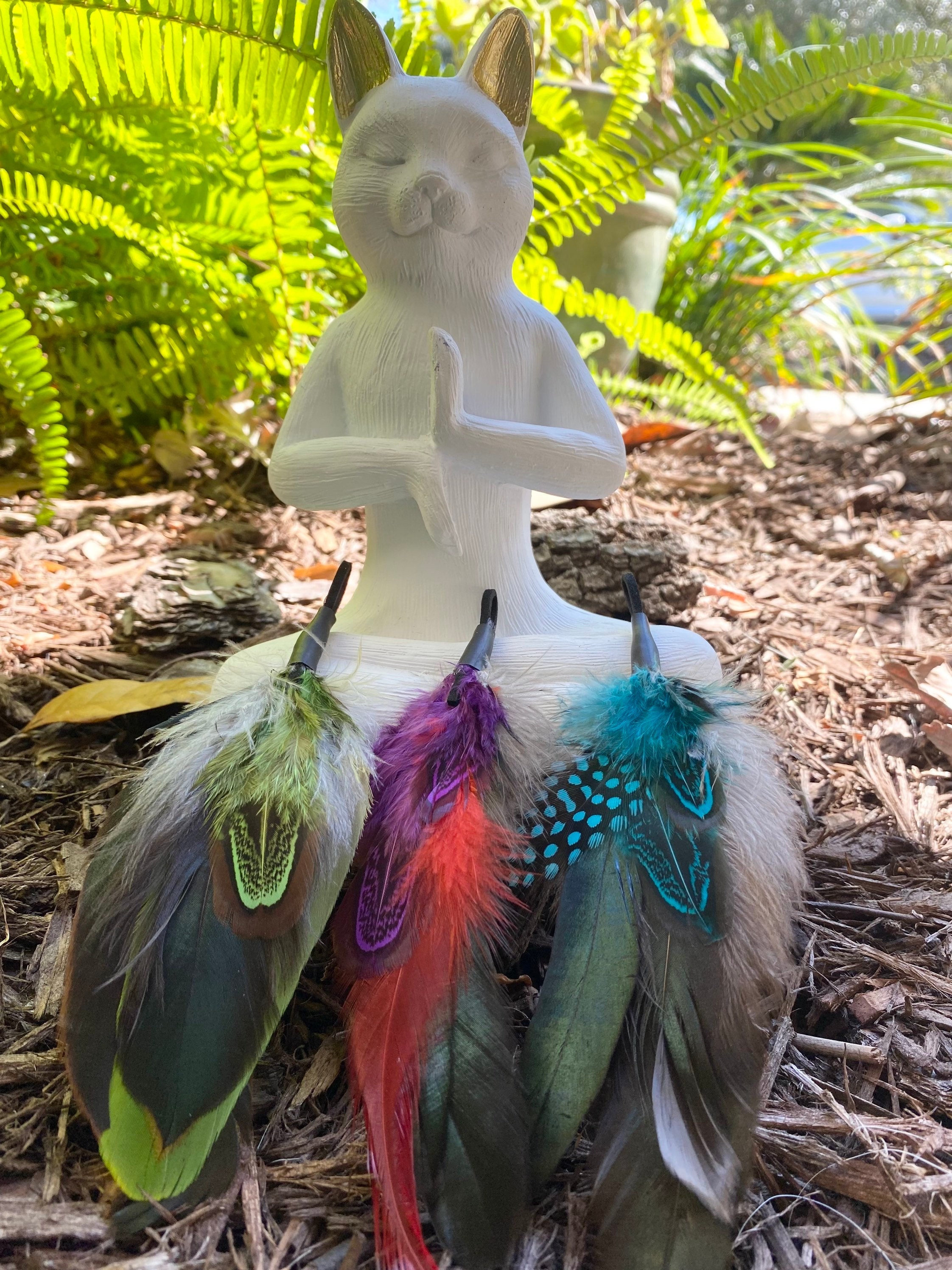 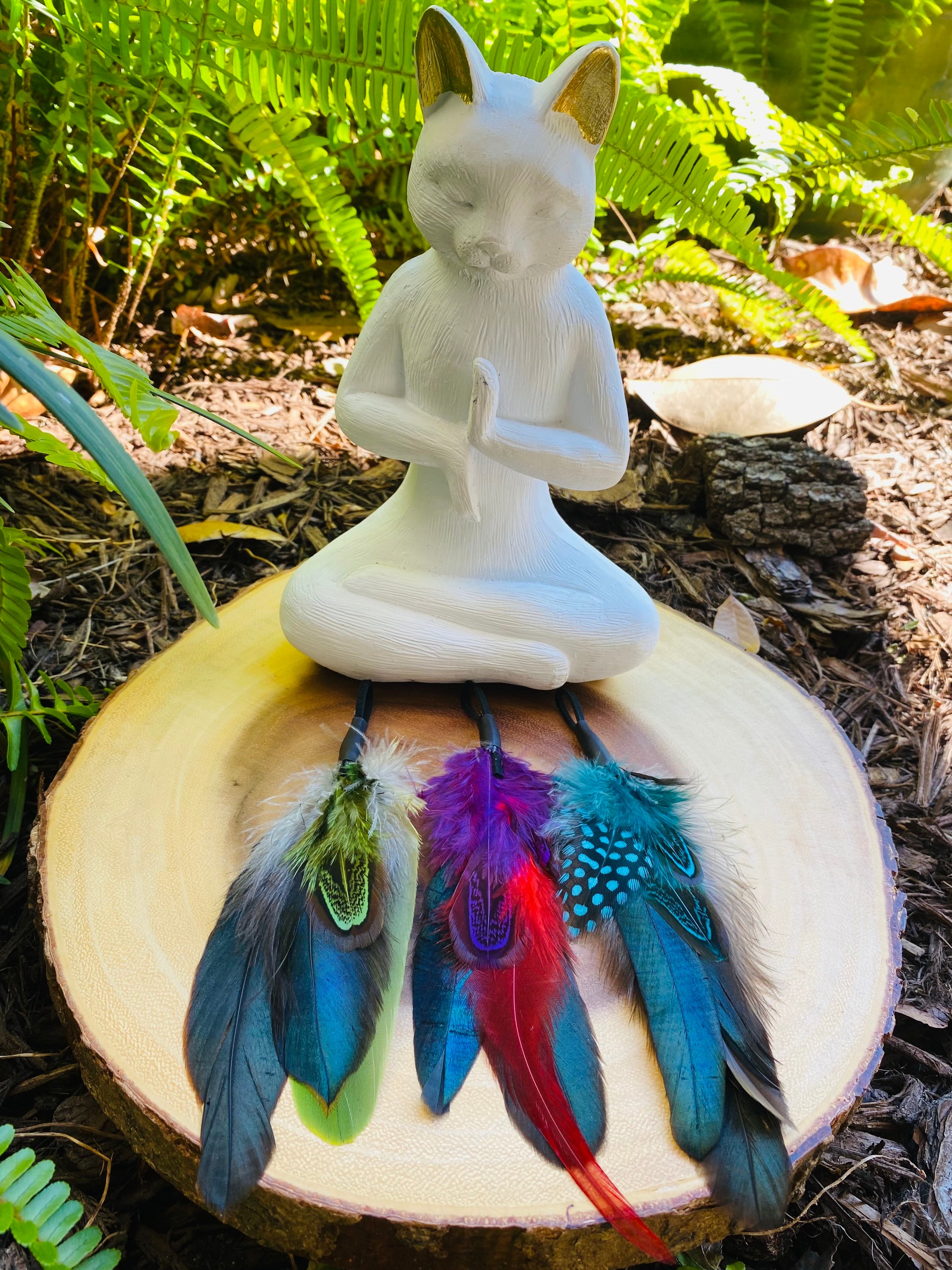 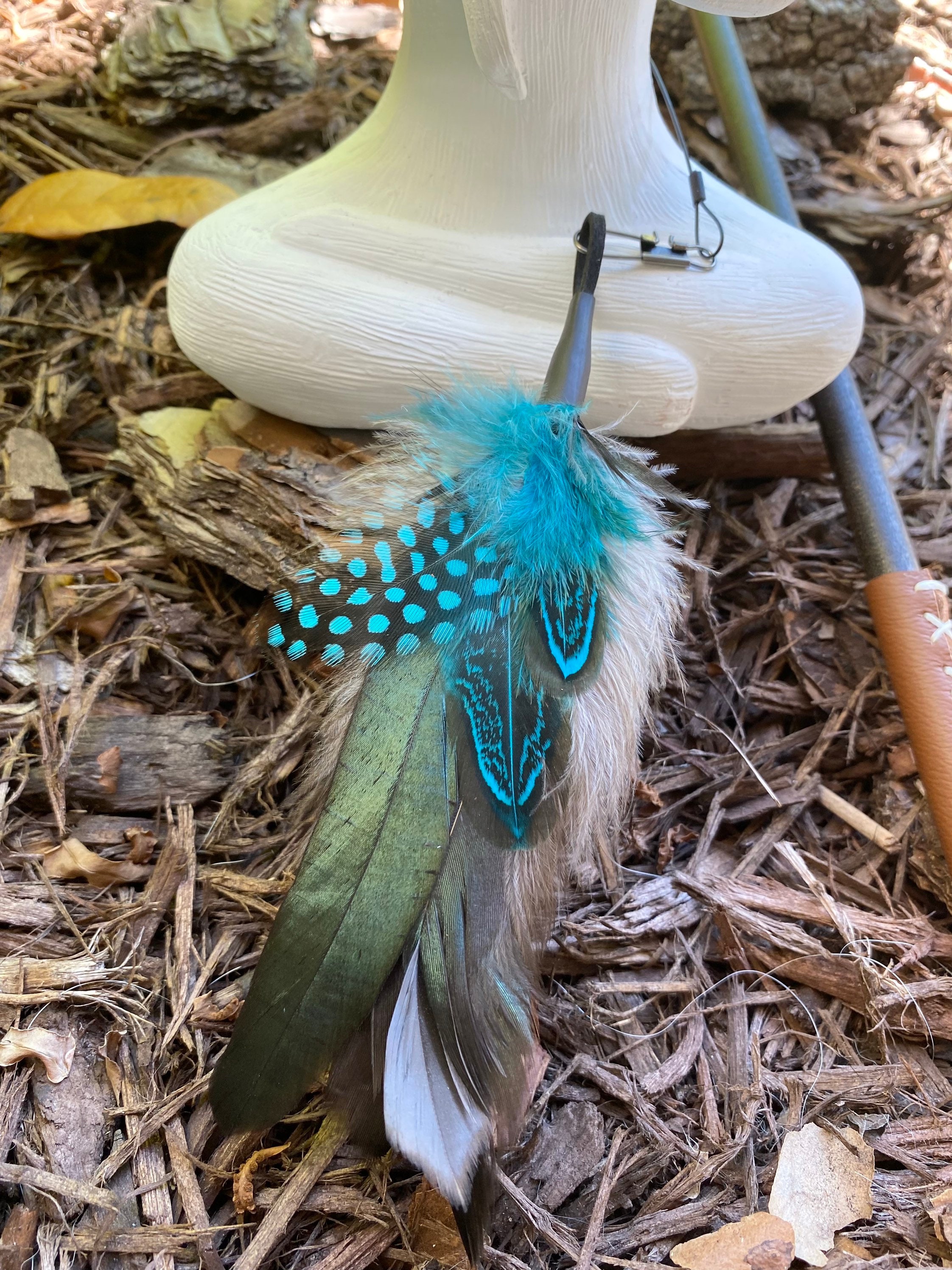 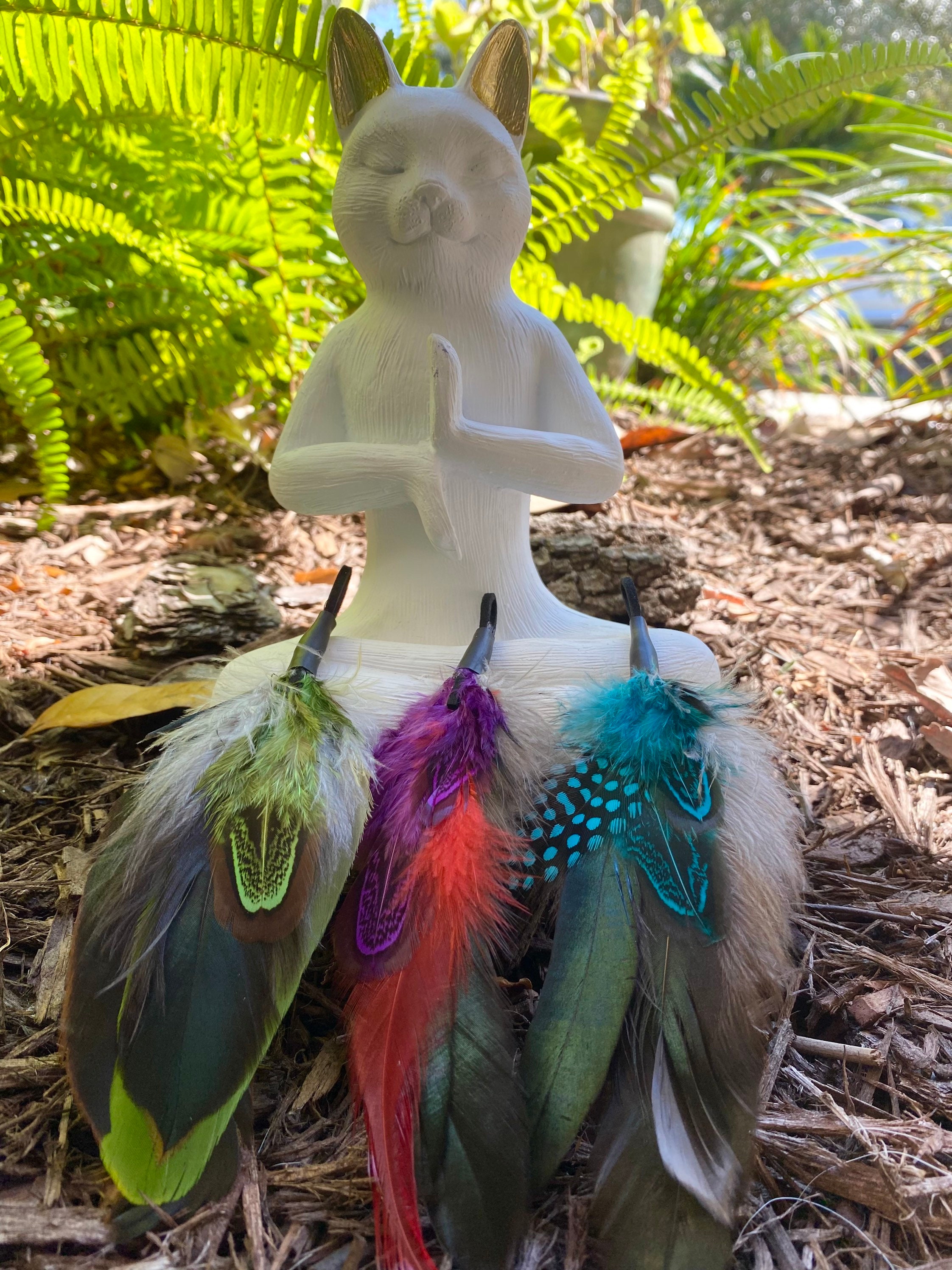 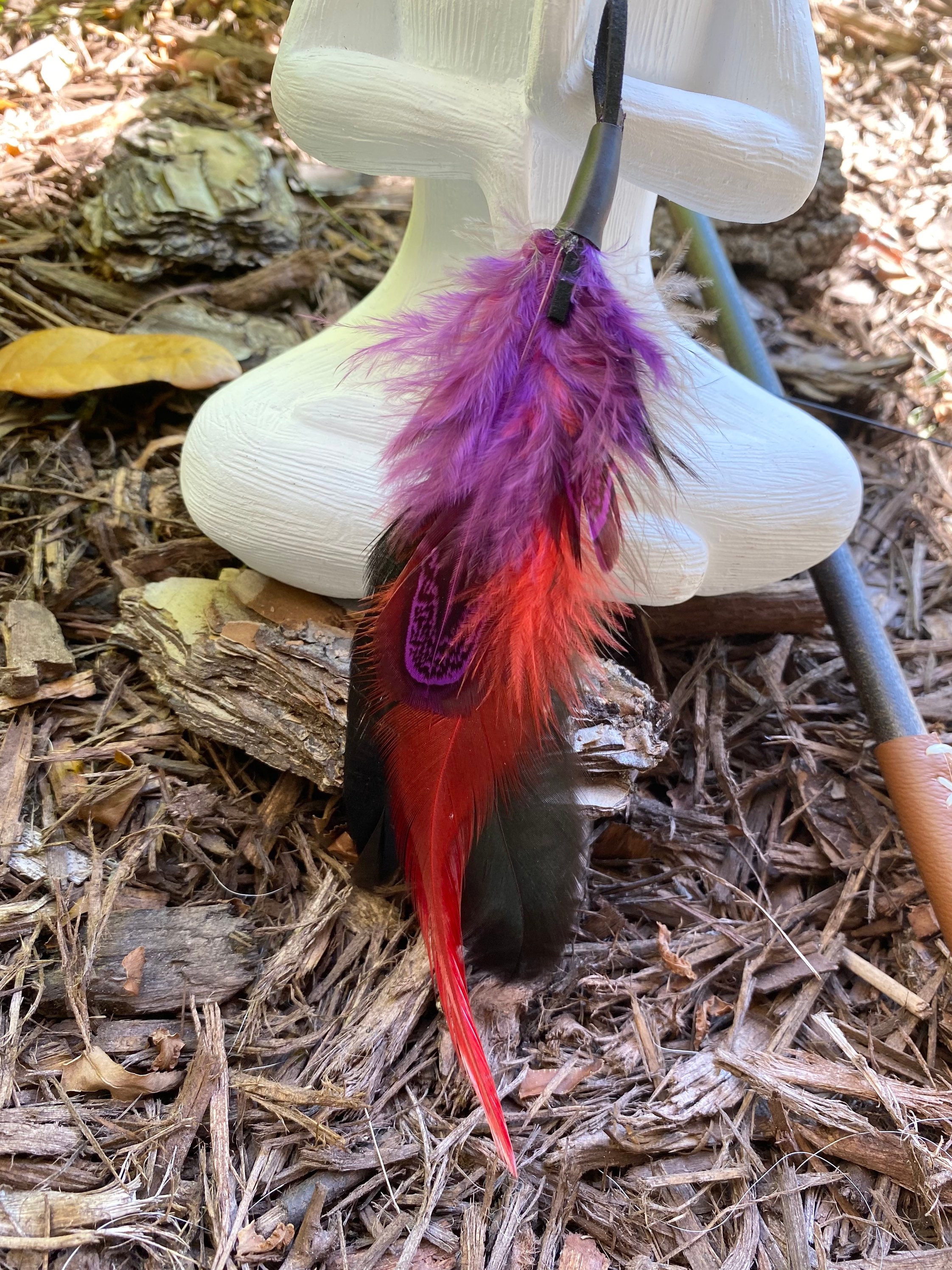 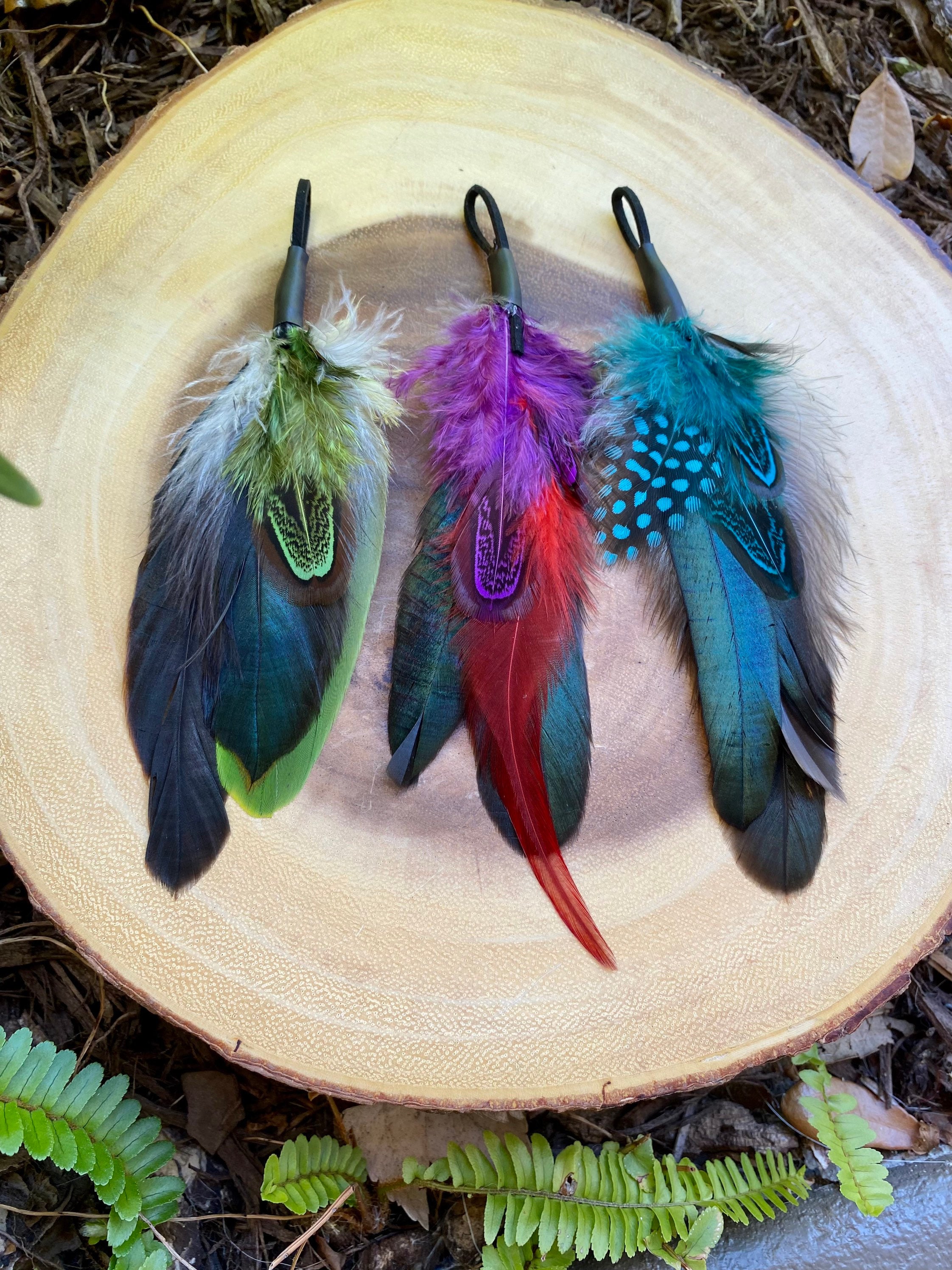 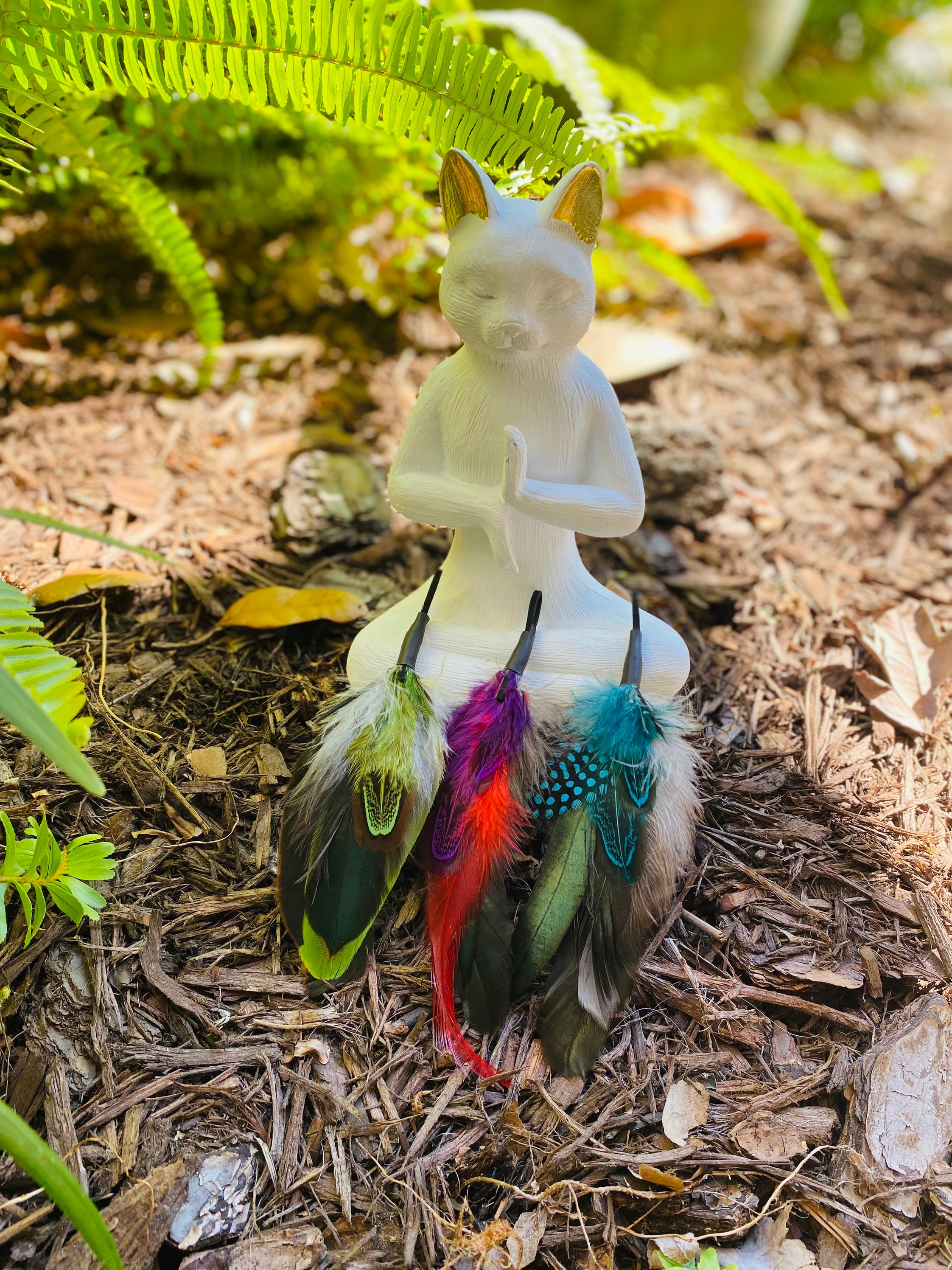 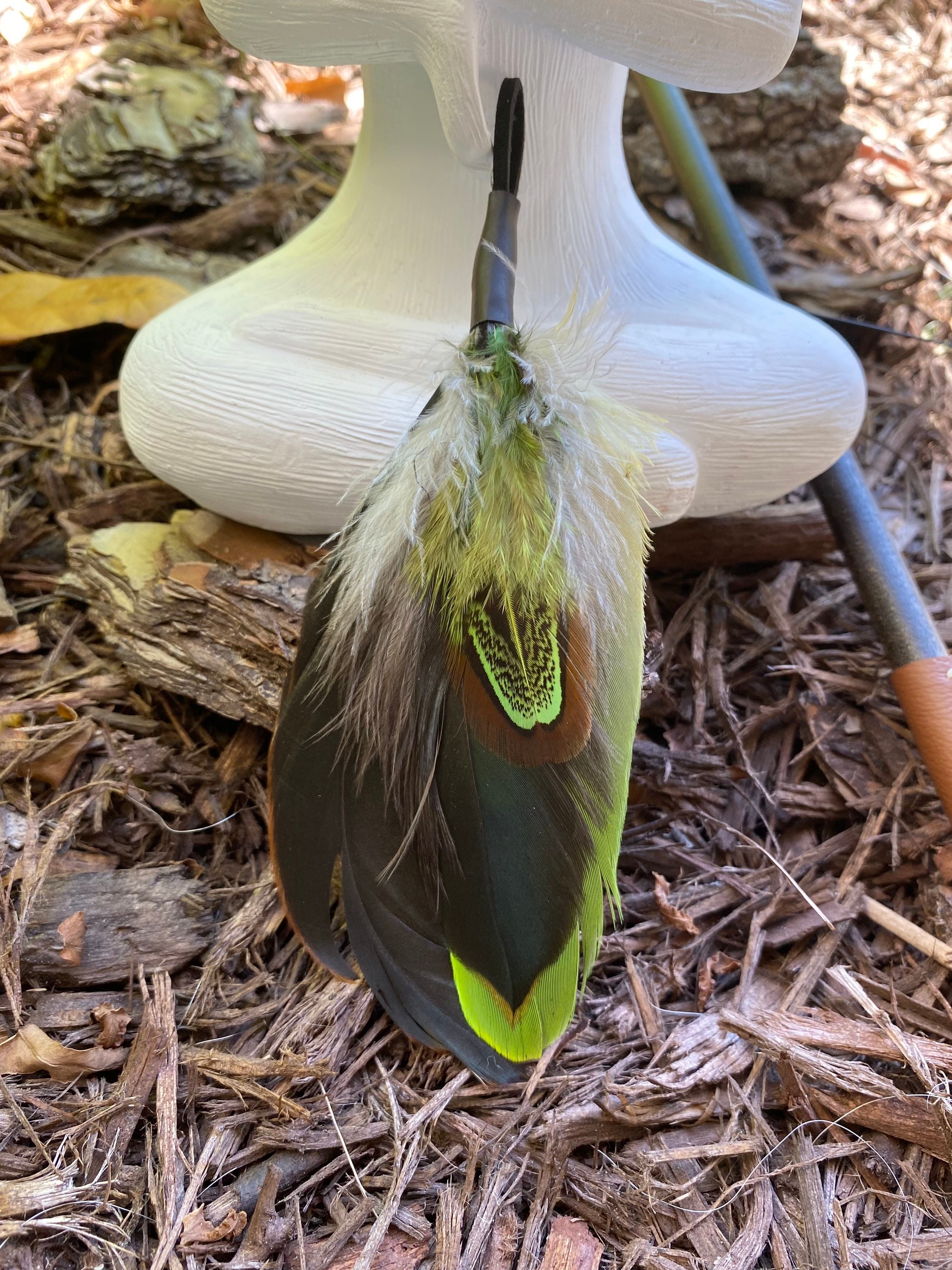 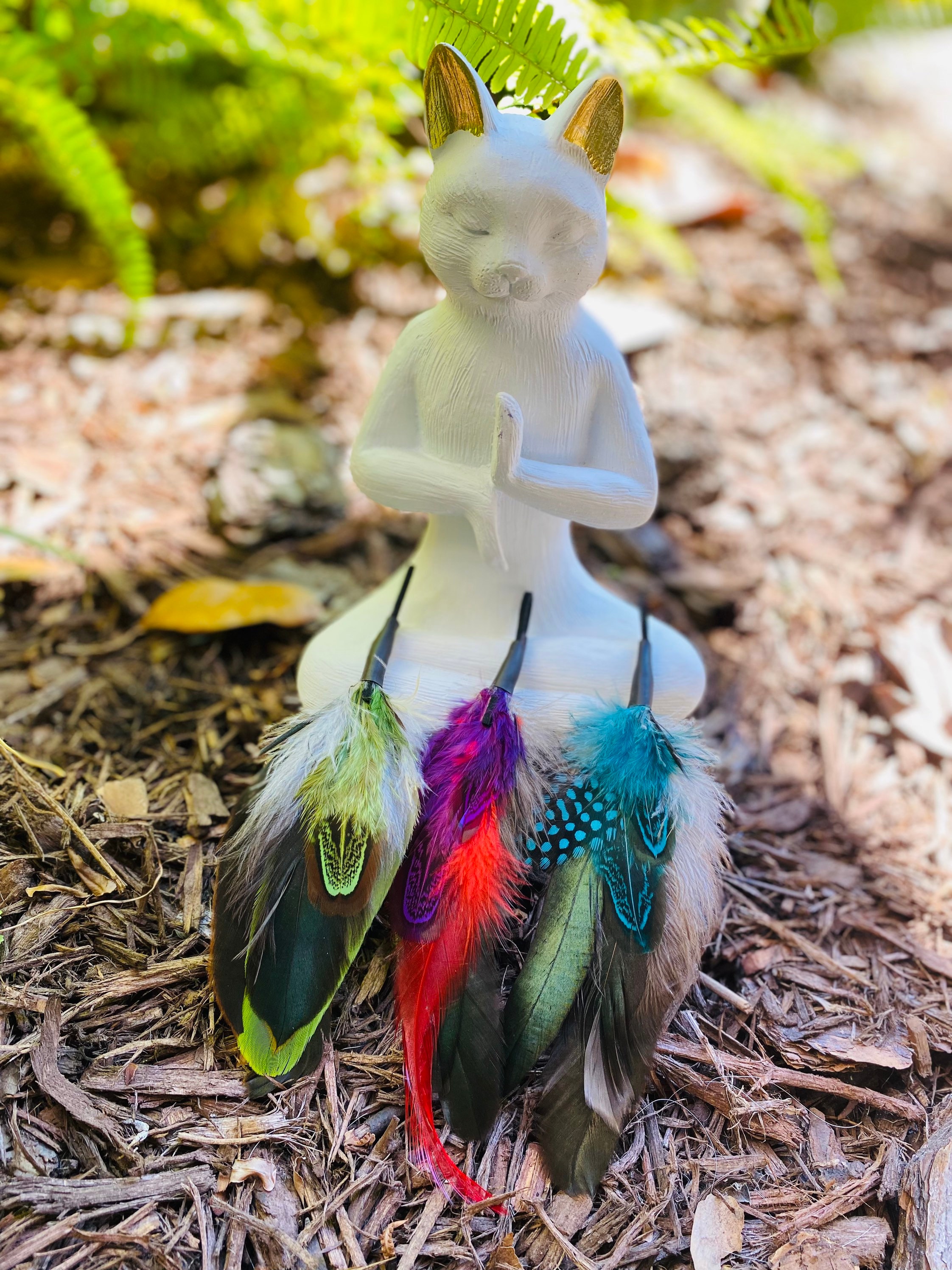 Did you know that cats don’t visually perceive color in the same way as humans? That’s why Mr. Chappell and I decided to create our “Kitty Kolors” feather attachments.

The Green Feather Attachment is made from parrot, rooster and pheasant feathers.

The Blue Feather Attachment is made from rooster and pheasant feathers.

The Violet Feather Attachment is made from rooster and pheasant feathers.


Cats are known to have a limited ability to see color as compared to humans, mostly because their eyes are not biologically the same as ours. Cats photoreceptors are the most sensitive to wavelengths that fall between the blue-violet and green-yellow ranges.

This feather attachment is interchangeable and is designed to work with our Cat Toy Teaser Wand.

THIS IS MADE WITH REAL FEATHERS, AS SUCH IT IS NOT INDESTRUCTIBLE! IT IS INTENDED TO BE USED AS INTERACTIVE TEASER TOY UNDER HUMAN SUPERVISION or YOU CAN PROVIDE TO YOUR FURBABY AS A ONE TIME “STALK AND DESTROY” FLOOR TOY.

Sold as a single grouping of feathers/leather teaser toy attachment.

I'll do my best to meet these shipping estimates, but can't guarantee them. Actual delivery time will depend on the shipping method you choose.

But please contact me if you have any problems with your order.

Wow!! My 10-and-a-half-month-old kitten loves, loves loves his new toys you made! Thank you so much!! I can really make the toys look like a bird for him to imagine playing with birds, and get out that killer instinct on the toys and save the innocent birds! :) Best of both worlds! The toys are made with great craftspersonship too! They are providing my kitten with hours of fun! Thanks so much! :)

My cat loves it ! They knocked it out of the park again. I am very happy with my order.

My cats LOVE this item. It's like the original cat feather toys before every commercial seller started adding heavy metal clips and plastic plugs - which my cats do not enjoy. I imagine they 're more painful to attack. They are smaller than I expected. I guess I should have read the description a bit better. I was expecting a 5-6" toy as the originals I purchased years ago. These are more closer to 4".

0 items in your cart